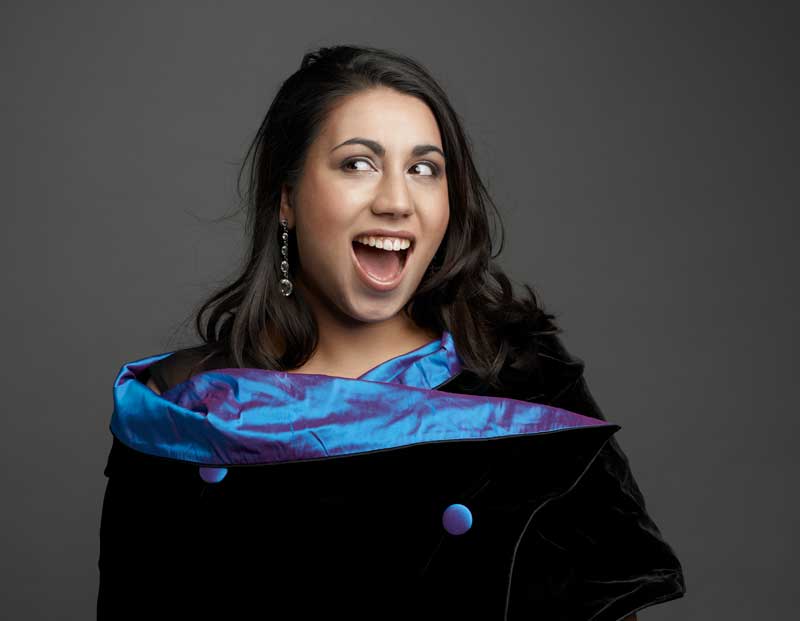 My name is Poppy Neame and I am a classically trained Soprano. Turkish by birth, I have a typically Mediterranean dramatic depth to my voice as well as a vibrant, charismatic and kind nature. I grew up in Wiltshire, going to schools in Salisbury, Fordingbridge and Dorset. After 12 years of studying, teaching and working in London, I decided to moved back home to my roots and now I live in Fordingbridge, Hampshire.

Music and Performing Arts have played a pivotal role in my life since I can remember. I have always had a passion for singing. ‘Born to perform’ was the description used by my very first Music Director at just 11 years old. Singing has always been my passion; I always perform from the heart and establish a real connection with any audience. Whatever the event, I have the performing ability to bring it to life and create a truly memorable occasion.

I love performing Opera, Classical, Musical Theatre, Cabaret, Jazz, and Ballads. I have been performing on stage and at numerous events since the age of 16; one of my favourite assignments was being in front of HRH Princess Anne (The Princess Royal) at Coutts Bank in London for a sailing charity event. Another memorable performance was as the guest soloist at the Rochester Castle Concerts festival “Last night of the Proms” for the 300th anniversary of the Royal Engineers with their military band in front of over 4,000 people. I performed ‘Il Bacio’, ‘Rule Britannia’ and ‘Jerusalem’.

Since moving to Fordingbridge, I teach singing and piano privately in Wiltshire and Hampshire, which I thoroughly enjoy. I love working with people from all ages and walks of life. I find it hugely rewarding watching their talents develop and getting them though ABRSM exams, auditions and performances.

While I enjoy performing almost any genre of music, I know that what shows off my voice and sets me apart is singing the big classical arias, patriotic music and the well-known West End show songs. I look forward to establishing a career on the professional concert circuit, with maybe a recording contract to follow.

In my spare time I enjoy international travel, documentaries, sailing and alpine skiing. I also enjoy going to the Opera, West End theatre, ballet and cinema. I attended 10 years at Stagecoach Performing Arts School in Salisbury and was awarded Gold Jazz Shoes and a Silver Pin. I also attended many orchestral music courses since I was 7 seven having played the clarinet until I was 18.

I attended opera courses from the age of 15 and had the privilege of performing for HRH Princes Anne at Coutts Bank for the Royal Yachting Association Sail ability fund raising evening in November 2009. I also sang ‘Rule Britannia’ in front of over 4,000 people at the Royal Engineers 300th Anniversary at the Rochester Castle Concerts Festival with their Brass Band in 2016.

My Great Aunt, Lady Gwendolyn Neame / Astra Desmond CBE was a British contralto of the early and middle twentieth century. In 1932, Vaughan Williams had dedicated his Magnificat to her and later in 1938, she was one of the original 16 singers in Vaughan Williams’s Serenade to Music.

My grandfather, Lieutenant General Sir Philip Neame, VC, KBE, CB, DSO, KStJ was a senior British Army officer and a recipient of the Victoria Cross in the 1st World War and winner of an Olympic Gold medal for Deer Running in 1924; he is the only person to achieve both distinctions. 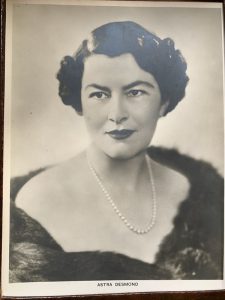 Poppy Neame is available for events click this link to book

This website uses cookies to improve your experience while you navigate through the website. Out of these, the cookies that are categorized as necessary are stored on your browser as they are essential for the working of basic functionalities of the website. We also use third-party cookies that help us analyze and understand how you use this website. These cookies will be stored in your browser only with your consent. You also have the option to opt-out of these cookies. But opting out of some of these cookies may affect your browsing experience.
Necessary Always Enabled

Performance cookies are used to understand and analyze the key performance indexes of the website which helps in delivering a better user experience for the visitors.

Analytical cookies are used to understand how visitors interact with the website. These cookies help provide information on metrics the number of visitors, bounce rate, traffic source, etc.

Advertisement cookies are used to provide visitors with relevant ads and marketing campaigns. These cookies track visitors across websites and collect information to provide customized ads.

Other uncategorized cookies are those that are being analyzed and have not been classified into a category as yet.